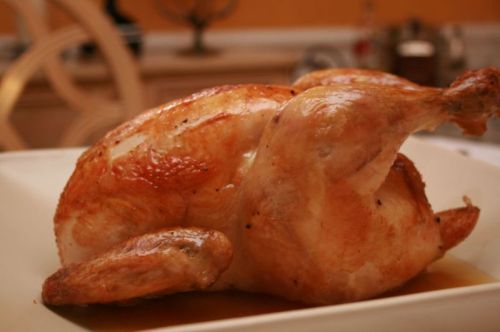 This from David Sedaris in the The New Yorker (I’m sure it was a bipartisan commentary):

I don’t know that it was always this way, but, for as long as I can remember, just as we move into the final weeks of the Presidential campaign the focus shifts to the undecided voters. “Who are they?” the news anchors ask. “And how might they determine the outcome of this election?”
Then you’ll see this man or woman— someone, I always think, who looks very happy to be on TV. “Well, Charlie,” they say, “I’ve gone back and forth on the issues and whatnot, but I just can’t seem to make up my mind!” Some insist that there’s very little difference between candidate A and candidate B. Others claim that they’re with A on defense and health care but are leaning toward B when it comes to the economy. I look at these people and can’t quite believe that they exist. Are they professional actors? I wonder. Or are they simply laymen who want a lot of attention?

To put them in perspective, I think of being on an airplane. The flight attendant comes down the aisle with her food cart and, eventually, parks it beside my seat. “Can I interest you in the chicken?” she asks. “Or would you prefer the platter of shit with bits of broken glass in it?” To be undecided in this election is to pause for a moment and then ask how the chicken is cooked.

I’m lacking in social networking skills. I already admitted that yesterday. So, now, I’m going to respond to some- but not all, so don’t get all huffy or hurt- of the recent comments, because I really get off on comment love.

I have no idea what’s up with that cat. It’s possible Grey is some highly evolved life force who has achieved  total peace with the universe. Except, every other day or so, he comes flying across the room to land on Abby’s head, gnawing away as though he hasn’t eaten in months. He has no front claws, fortunately for the Snarl. In any case (FC), the cat is not on drugs. After fairly tipsy high school years, Abby eschews anything that isn’t natural, healthy and literally green. And the cat isn’t allowed out to find his own dealer. How about Bear?

Mamacita: That was a nice compliment and I agree; there’s nothing lovelier than rows of canned goods, shining on the counter. And I miss you, too. BlogHer was fun, except for that little incident with Sparky…

Bonnie: I no longer care about those skunk bears, those carcajous. I’ve moved on. To the Promised Land, with a view from (and to) Mt. Pisgah. You’ve had a mountain view for some time now, so I know you appreciate how conducive surroundings are to peace of mind. I have no taste for chopped liver but you have no taste for blogging, so I can’t really feel guilty about not commenting at your place, can I? I was checking my vintage bakelite barometer this morning (pressure is rising!) and I thought (fondly) of you.

Linda/RV Vagabonds: The problem is, without datil peppers, there is no point to a recipe.They are a Minorcan specialty grown mostly in Northern Florida (St. Augustine area). And, as far as I know, there’s only one source for those. I grew mine this year from gifted seeds, in Earth Boxes, on my urban third floor balcony. And then I had a surplus of green tomatoes I had to pick before the first frost. So the recipe is about 1/2 and 1/2 and some sea salt and just a hint of cumin and garlic.Through the food processor, brought to a boil, funneled into hot sterile jars, inverted and pop! Really, it’s the best salsa I’ve ever had/made.

“Republicans vote on Tuesday, Democrats vote on Wednesday” This rumor is circulating in Florida and Virginia. I can’t understand why.

Keri: Is there a New Mexico-alien connection? I have often thought that only an alien could consume as much coffee and chocolate and still sleep at night. But don’t worry, don’t sniffle. Believe.

Edgy Mama: Thanks for the book recommend- I’ll get it. And yes, I was surprised but not displeased when I saw that Copperhead at the house. I like snakes but have a healthy respect for them- this is one I won’t be trying to get my hands on. So. Surely you know someone who would like to rent that peace of heaven? I’ll make the price right. We had a renter all lined up but then she remembered that she owed 2 years of estimated taxes.

FC- Felting is both sensuous and scientific. The best of both worlds! Between sheep’s wool, mulberry silk worm cocoons and natural plant dyes, it’s a real hoot.

Andrea: I love that you are weighing in as a representative of both California and the Gen Ys, the Millennials, the Echo Boomers, the Jello Wrestlers of America! Vote! Vote twice or three times! With Caitlin here in Chicago, you producing films in LA and Abby saving the environment and voting in Florida- why, the Community High graduating class of 2003-04 is what’s right about America!

This entry was posted in Cast of Characters. Bookmark the permalink.