Did I mention that I’m not very much like Martha Stewart?

Or Kenju? Or Angie? (Not that they are like Martha Stewart either and I doubt seriously that Martha is doing half as much incubating, but you get the drift of what I am saying.) This Florida trip is taking it’s toll. Because I’m working on a PROJECT. Rich says I do well when I get excited about a renovation or a new path or a project. The mood I’m in this morning, I think he just says that because he wants me to be content and busy while he watches 600 rounds of boxing…

The World Boxing Championships in Chicago are going well as the city has rolled out the red carpet. Mayor D is very eager to get the Olympics for Chicago (in 2016, long after most people we know, including ourselves, will be pushing up daisies) and the IOC is watching this one closely so everyone is on their toes. With the possible exception of three boxers, who were gone in sixty seconds, as in “now we are Americans, yes?” The two Ugandans and the Armenian apparently never even thought much about boxing- they just ran around the ring in circles to avoid getting hit- and then disappeared into the underbelly of freedom, pork rinds and taxi driving. They’re probably in line with the deli ticket lady at DMV as I write. Smart fellas.

America is, come Hell or high water, a good place to be I guess. I mean where else can you come out of prison, go back to life on your estate in the Hampshires and resume making Mini Pumpkin Whoopie Pies on National television?

Back here in the rain forest St. Petersburg, I am getting ready for ( I can barely type it) Christmas! Ta-da! In April it sounded like a great idea to have the house on the Old NorthEast Historic Candlelight Tour. Now? Not so sure. You remember that smiling face on the carousel last week? Here is a self portrait of me after 3 days in (I can barely type it) the holiday light department of Walmarts. BTW, orange lights are now 70% off.

Tomorrow, we will be having a multiple choice test on the aesthetics of Christmas trees. You MUST attend, there will be no make-up and I can’t do this alone. (help me, pleeeze).

Abby is not her mother’s daughter (remember? She was switched in the nursery?) She is enjoying life to the fullest. Makes me smile just to look at her. 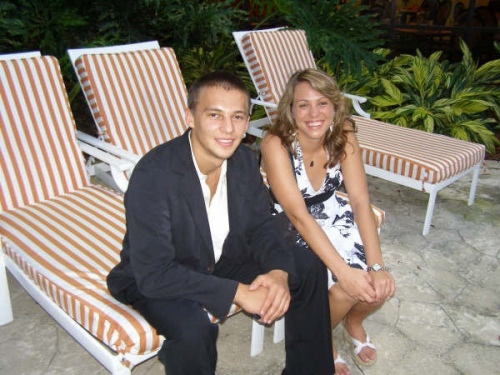 This entry was posted in St. Petersburg Bungalow. Bookmark the permalink.

13 responses to “Did I mention that I’m not very much like Martha Stewart?”